How have you been? Ready for another of my coveted (please just let me say it this once) reviews?

Well I just watched Safe Haven for the first time and you know how I’ve got to share my views with my beloved readers (even if there aren’t any at this point). So here goes.

WARNING-SPOILERS AHEAD. TREAD WITH CAUTION

My review of Safe Haven

That was the sweetest movie ever. I enjoyed every moment of it. Well, what else can be expected of our dearest Nicholas Sparks? Maybe, being a girl, I’m biased. After all, isn’t cheesy, romantic and emotionally moving what we crave? I’m not going to say it made me cry, but yeah it did put some moisture here and there near my eyes.

I’ll not replay the whole storyline for whoever’s reading my blog right now, since I assume you have already seen the movie. But let’s just discuss a few things for my blog’s sake.

The movie started on a very interesting note, what with a young girl running away like a murderer (and that’s exactly what we thought she was) and then moving on to settle in an unknown, far-away place where absolutely no one knew her. For a newbie, she did seem pretty fast at making friends. First the annoyingly talkative Jo (yeah, the joke’s on us here) and then literally the first guy she runs into the moment she de-boards that bus.  Although I myself wouldn’t miss a shot with Josh Duhamel (movie name-Alex). And I surely wouldn’t give him a piece of my mind if he sweetly offered me a bike. A piece of me though, is a different story………

Sorry, got carried away. So anyways, I loved the way the story progressed. Unlike other movies I can point out, there wasn’t a rush for the girl and the guy to hop onto a bed and just do it. It was clear from the beginning that they were attracted towards each other but their relationship progressed smoothly and with patience. Also, there was no irritating drama from the girl’s side regarding getting into a relationship so soon after leaving her husband and not wanting to get close to anyone in a foreign land where she might or might not end up staying and so on and shit. Although, now that I think about it, she did just run away from a husband trying to kill her so maybe some tact was required of her. But then again, who could resist Josh?

Before I get carried away, let’s move on to Jo. At first I thought she was one of those annoying little characters who don’t really have any significance in the story and are just THERE. She seemed so nosey. But then after her mysterious “some of us don’t have that choice” when Katie (sorry, Erin) snapped at her and told her that it was time for her to leave, I thought to myself- maybe she does have a life. Maybe she is something besides the annoying insignificant little next door neighbor who is infatuated with our girl for no reason. And when she appeared in Katie’s (sorry, Erin’s) dream, I swear for a moment I thought she possessed supernatural powers that allowed her to stroll through people’s minds at her leisure. Turns out I wasn’t that far from the truth. Not too far, I mean. So she was Alex’s dead wife, making sure her family was complete again and there was someone to take care of her beloveds. Which, to be honest, is like the SWEETEST thing I’ve seen a ghost do (we all remember the ghost mom from Mama, don’t we?). It was enough to bring that moisture we spoke about earlier to areas near by eyes. I just wish Erin had been nicer to her when she had the chance.

So that’s about it. What I liked? Everything. I mean, the movie practically moved me to tears (there! I said it). What more can one want from life (or, a movie)?

What I didn’t like? Well, nothing as such. But just for the sake of it, I’d say I wish there had been some significant event that made them fall in love. Not just a couple of make-out sessions and a sleepover.

But, loved it nonetheless. 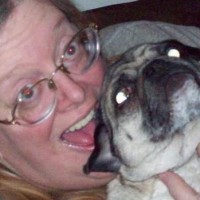